The Music Business World, MBW, published an op/ed from the CEO and co-founder of Spirit Bomb and Strangeloop Studios. The media production firm Strangeloop Studios, with its headquarters in Los Angeles, created the Spirit Bomb. The latter is a virtual artists’ record label. Previously, Strangeloops Studios has designed concert visuals for Kendrick Lamar, The Weekend, Flying Lotus, SZA, David Gilmour, and other stars.

The US arm of Avex Inc. (a Japanese music company), Avex USA has invested in Spirit Bomb. Likewise, Chinatown Market and Warner Music Group also financed the record label. AntiFragile, Xen, and SUBI are some of the virtual artists on Spirit Bomb. Human producers and musicians created the music performed by avatars on the record label.

The latest mainstream acceptance of “virtual beings” (CGI with apparent autonomy) is in the show, Alter Ego. The show features FOX’s new singing competition. The current presentation of the Alter Ego is a unique twist from what it used to be. The amateur contestants stay offstage instead of performing their songs before the judges.

Last year, Grimes created and launched her avatar known as War Nymph. She is one of the celebrity judges for Alter Ego show. Some people perceive virtual beings as an opportunity to create a more equitable music industry. However, some individuals think that the 3D characters will lead to the failure of artists. 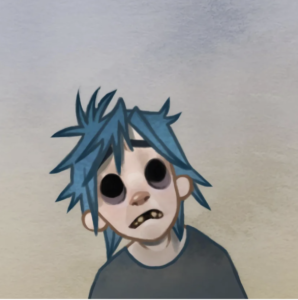 The current digital landscape offers a host of opportunities to virtual artists. With such benefits, they are assured of primetime than they have previously experienced. The idea of virtual beings in music is not new. You can imagine Platinum, selling the Alvin and the Chipmunks or Gorillaz. The characters are original creations and have their own identities. However, their touring holograms differ from the 2012 Coachella’s infamous Tupac hologram.

Why virtual artists are a great opportunity for the music industry

In recent times, algorithms and digital streaming platforms influence music consumption habits. Social media has forced artists to become “content creators.” As a musical artist, you have to post constantly on these platforms. However, there is an increasing awareness of the mental toll it can have on artists.

Some artists can meet the unprecedented demands of content creation on social media. Just like Lil Nas X who has effortlessly engaged the digital audiences. On the contrary, not all great musicians are excellent content creators. Many budding geniuses who cannot satisfy the demands of social media on musical artists have given up. Fortunately, virtual beings can save the day. It is an opportunity for musical talents to contribute to music without being the face of the music.

Virtual artists also provide a solution to the issue of royalties. The songwriters, creative directors, producers, engineers, and even marketing teams all work on music creation and promote it. Check the production credit of top songs, you will find out that each artist worked with a team. Sadly, most of the contributors to music production have been denied the royalties due to them.

Often, a songwriter has been shut out of the master royalty. The individual gets only a share of the publishing royalty despite the person’s massive contribution in crafting the song. Virtual artists can change this model of sharing royalties. The large portion of proceeds from produced music reserved for the performing artist can be equitably shared among the contributors. It will motivate them to put in their best in music production.

For instance, a pop producer will get more from a track’s royalty when producing for a virtual artist. The amount can be ten times the share from an artist’s royalty in a record deal. Besides, other creative contributors can have a stake in music production for virtual artists. A virtual artist spends less since the character does not have to keep up with a lavish lifestyle or pay bills.

Blockchain technologies such as “smart contracts” have improved fans’ interaction. Also, they can automatically execute payments. Virtual artists can use them to address audience feedback and for financial transactions. Could it be possible for fans to have a stake in an artist through the blockchain? The prospect is becoming popular as “social tokens.” On Fyooz.io, fans can use them to bet on artists such as Lil Yachty. They can also use the tokens to invest in the future of their favorite artists.

Though human performance remains unrivaled, the virtual concert offers new and exciting experiences to the audience. The effect displayed by the Tupac hologram is just a little of the bigger picture. Technologies such as 3D LED and AR have improved live performance beyond CG performers. They have added cinematic storytelling and an immersive environment.

The efficiencies and scalability of touring virtual artists greatly differ from the case of human artists. Touring can take a physical and mental toll on the latter. It is not hectic to tour visual beings for music production. Besides, overtime truck hauls and zigzag routing are no longer needed.

Virtual beings allow artists to try new things by providing a heat shield for experimentation. They do not have to risk alienating from their fans or create a new brand or visual identity. It is not only emerging artists that can benefit from virtual beings. Established stars who are scared of disappointing the critics or their fan bases can experiment via it.

It takes money and time to build credible side projects. Virtual beings can aid music stars who would not try new things to take the chance. The Alter Ego model is an indicator that widespread adoption of virtual artists will soon occur. Collective acceptance of virtual beings will help determine how they are considered. They are tools for human creativity and not replacements for musical artists. It will prevent the power brokers from setting guidelines to control them.

Virtual beings are likely to experimental boom artistry. The value they provide to music contributors and fans should be a yardstick for measuring their success.

Top Essential Tips on How to Promote Your Music on SoundCloud