Spanish music festivals are back. The first indie-rock concert of Love of Lesbian with 5, 000 people and safe distance was held in Barcelona at the end of March at the Palau Sant Jordi to listen, jump, squeeze and vibrate with their favorite band. Antigen tests were carried out in a tent on those who had not received a ticket in the eight hours set up in the three rooms designated for it (Apolo, Razzmatazz, Luz de Gas).

This made it possible to detect six people who tested positive and leave the rest out of danger. Even so, the security measures were not left there: the control was exhaustive, with temperature control at the entrance, mandatory masks for all 5,000 spectators into three blocks, reinforced ventilation and delimited routes.

The group members already posted on their Twitter page: “A small step for Love of Lesbian, but a big one for the culture.” The gig brought a social success, because it was very good, yes, but above all because this concert opens the door to what people have been waiting for more than a year, the music festivals, all canceled last year.

The festivals scheduled for this summer

Below we offer you the appointments that, in principle, are already confirmed and dated. Cross our fingers…

The Let’s Festival of L’Hospitalet de Llobregat, Barcelona, ​​returns to Sala Salamandra from May 2 to 30, 2021, with a limited capacity of 100 people, after having canceled its last edition due to the health crisis. Pau Vallvé, Maria Jaume, Depresión Sonora, Pantocrator, Shinova, La Ludwig Band, El Petit de Cal Eril, Habla de me en Presente, trashi, Renaldo & Clara and Alison Darwin are the bands in charge of giving content to Let’s Festival 2021.

Carol Álvarez is, in addition to our beloved photographic editor, a total fan of festivals and live music that puts me in contact with Carla and Bea from La Trinchera. They carry the first renowned festival to be held this year, the Tomavistas in its express version. The sixth edition of the Tomavistas festival moves to 2022 (from May 19 to 21, 2022), but this spring they will be present in Madrid with the Tomavistas Extra concert series, on the 21st-28th of May. Participating in it are María Arnal and Marcel Bagés, Le Parody, Califato 3/4, Vera Fauna, Derby Motoreta’s Burrito Kachimba, The Killer Swing, The Last Neighbor, Carminha News, Women, Cupid and Confetti of Hate.

Las Noches del Malecón (from May 27 to August 1)

Las Noches del Malecón returns to Murcia in 2021 with what will be its third edition. It not only has music but all kinds of shows. In addition to groups like Sidonie or MIguel Ríos and his band, stand out comedians like Ignatius Farray, Faemino y Cansado or Los Morancos.

Throughout these two months, the Jardins de Pedralbes Festival once again offers a large musical offer, in one of the most beautiful settings in Barcelona. Among others, Alan Parsons Live Project, Loquillo, Rosario, Sara Baras, Love of Lesbian and beloved James Rhodes are confirmed. 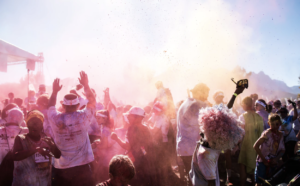 The Botanical Nights Madrid 2021 returns from June 11 to August 1, 2021 to the Alfonso XIII Royal Botanical Garden to offer its interesting selection of national and international artists who will perform live in this natural space. A luxury poster that includes, among others, Diego el Cigala, Ismael Serrano, Fangoria, Amaral, Miguel Ríos, La Niña Pastori and Los Secretos.

Musical whims in Paradores (from June 12 to October 2)

In the most beautiful national paradores you can enjoy the concerts Artists of the stature of Diego El Cigala, Víctor Manuel, Estrella Morente, Jorge Drexler, Chucho Valdés, Tomatito, Buika and Andrea Motis will take their music to the imposing Paradores de Nerja, Corias , Jarandilla, Toledo, Sigüenza, Cádiz, Segovia and Cardona from June 12 to October 2.

In its original festival format, the next Mallorca Live Festival will be held in the summer of 2022 (no specific dates yet). For this summer the Mallorca Live Summer concert cycle is underway, which will take place between June 18 and August 1, 2021. The venue will have two areas with all the guarantees and anticovid measures within current legislation: stalls with seats surrounded by tables and rows with distanced from each other seats.

The VinToro 2021 Festival has announced that it will be held for the fourth time in the town of Toro, Zamora, on June 18 and 19. He has announced The Drugs and The Reincidents among others.

The Parc del Forum de Barcelona is finally hosting a new edition of the Cruilla Festival with an already closed line-up that includes, among others, Amaral, Sopa de Cabra, Morcheeba, Kase O. Two other Catalan festivals have been confirmed for this summer: the Vida Festival (from July 1 to 3 in Vilanova i la Geltrú), Canet Rock (July 3).

Kobetamendi (Monte Cobetas, in Basque) is the idyllic setting with which the Bilbao BBK has its venue, one of the festivals in which nature and music are best combined.

Our Spotify playlists are the real solution for you! Check them out!