With the rise of the internet, the music business has been through a major revolution: While our parents still had to buy a record, cassette, or CD in order to enjoy their favorite band, we now have all the world’s music at our fingertips.

But the rise of streaming services hasn’t just changed the way music consumers access their favorite music. It has changed the landscape of the music industry: While making it in the music industry without a record deal (and radio attention) used to be unthinkable, artists are now able to take matters into their own hands: Thanks to platforms like Bandcamp, Spotify, TikTok and YouTube, musicians from all corners of the world are able to share their music with a global audience. In short: Spotify has been a major player in making music more democratically shareable and available. 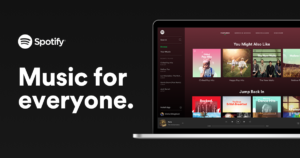 But not all is well behind the platform’s slick interface: While the tech giant has generated a revenue of over 9 billion dollars in 2021 alone, a growing number of voices is asking where exactly all that money is going:
“I don’t know any artists who feel their career has been made better by Spotify”, the American singer Sadie Dupuis has recently told Hustle Magazine. Despite having accumulated over 15 million streams on Spotify, she recalls making more money in a month from sites like Bandcamp than she receives from Spotify in a year. And Sadie Dupuis isn’t alone: Celebrities like Taylor Swift and Radiohead’s Thom Yorke have criticized how the platform compensates artists.

“I’m not willing to contribute my life’s work to an experiment that I don’t feel fairly compensates the writers, producers, artists and creators of this music”, Taylor Swift wrote in a public statement in 2014. By the way, we are happy for Taylor, she and Joe Alwyn finally reportedly engaged after 5 years. All the details here. 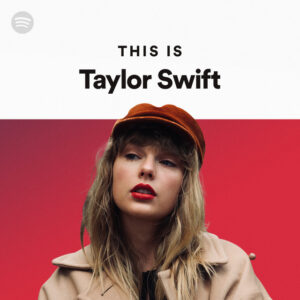 A few years later, the platform’s architect Jim Anderson responded by calling musicians “entitled” and stating that compensation wasn’t a problem for Spotify to solve: “Spotify was created to solve the problem of piracy and music distribution. The problem was to get artists’ music out there. Not to give [artists] money.”

But it seems that Spotify is willing to delve out big bucks if it means securing the growth of the company: It recently signed a deal worth over $200 million with the controversial podcaster Joe Rogan. The deal was part of a series of strategic moves aimed at making Spotify a major player in podcasting.

But as it turns out, securing the exclusive rights to one of the world’s biggest podcasts has only deepened the rift between Spotify and its musicians: It all started with Neil Young taking all his music off the platform, because he felt Joe Rogan’s podcast was “spreading fake information about vaccines”. He was soon followed by the singer-songwriter India-Arie, who posted a video compilation of Joe Rogan using the N* word accompanied by the following caption on social media:
“They take this money from music streaming and pay this guy $100 million and pay us .003% of a penny [per stream]? Just take me off!”
In an attempt to quench the increasing fire, Spotify CEO Daniel Ek and Joe Rogan have apologized for the controversy. Daniel Ek has also recently addressed the issue of fees: “Our goal is to help musicians make a living. It’s something we take seriously every day.”, he wrote in an article published on Loud&Clear, a site that aims to make Spotify’s fee structure more transparent. It all goes back to Spotify’s fee structure: The streaming platform doesn’t pay artists per number of streams, but by “market share”. This means that the amount of money paid out to the artist doesn’t just depend on how often their songs are streamed, but how this number relates to the number of total songs streamed on Spotify in a particular month.
In short: As the platform and the total number of songs streamed each month grows, the market share of most artists is bound to decrease. Most artists don’t hold full rights to their music to make matters worse.

So, while Spotify distributes a total of around 67% of their revenue back to rights holders, this doesn’t mean all the money goes directly to the musician. Instead, the money is usually split between the label, the music publisher, the songwriter, and the artist. To make things even more complicated, the exact distribution of this money depends, among other things, on the details of the deal between the record company and Spotify, and the deal between the record company and the artist. As a result, even major artists only receive a tiny fraction of the total pie.

To put these numbers in perspective: While there are currently over 8 million creators on Spotify, only 2% of them make more than 1000 dollars per year. And it seems that as the number of artists contributing to the platform grows, the profits will continue to dilute among an increasing number of players.

But is there an alternative?

Apparently yes: Other streaming platforms like Napster and Tidal pay artists significantly more. But it seems that there is a deeper issue at play: As a whole generation has grown up in a world where they don’t have to pay for music, it is becoming increasingly difficult for musicians to live from their art. The pandemic (and resulting cancellation of live gigs and tours) has only added to the hit musicians are taking.

Whether Spotify will give in to artists’ demands or continue its current path remains to be seen. But one thing is without question: What’s at stake isn’t the Joe Rogan podcast. It’s the future of music.