In August of this year, One in a Million, the sophomore album of late R&B singer Aaliyah Haughton was made available on all major streaming platforms, coinciding with the 20th anniversary of her death at the tender age of 22 in a plane crash in 2001. More of her music catalog were subsequently released.

Since her death, much of Aaliyah’s music has been in the control of the long defunct record label Blackground Record, which is owned by Aaliyah’s uncle, Barry Hankerson.

One of the greatest oddities of the music industry in the last decade was the fact that Aaliyah’s music was never made widely available on streaming platforms, and the long and painstaking journey to making it possible was not without it’s hiccups. Aaliyah’s albums were originally distributed by different outfits, with One in a Million distributed by Atlantic and her self titled 2001 album distributed by Virgin. 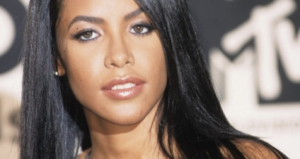 The rights to her first album, which was released in 1994 and titled Age Ain’t Nothing But a Number is owned by R. Kelly’s former record label Jive and is the only album that was available for before now.

The singer’s estate refused to rerelease her music

In addition, Aaliyah’s estate has long opposed any attempts to rerelease her music, citing efforts to protect her legacy from people who only wanted to make money off it. Although, the estate is still against the recent efforts to release Aaliyah’s catalogue, it is unable to permanently prevent the releases because the rights to the albums ultimately belonged to her uncle and Blackground Records.

The releases were met with resounding support, with trends on Twitter and other platforms as well as mentions of approval and support from many big names in the entertainment industry. One in a Million immediately climbed into the top 10 on Billboard’s Top 100 and sold 26 thousand album-equivalent units. It was followed by the September 3 release of the soundtrack to the 2000 movie ‘Romeo Must Die’, which starred Aaliyah and Jet Li.

The two albums released after Aaliyah’s death, I Care 4 U and Ultimate Aaliyah were made available to stream on October 8.

While the debacle of her marriage to R. Kelly at the too young age of 15 and the fallout that followed in her death as well as R. Kelly’s numerous court cases in relation to Aaliyah and the 5 other women and girls that he abused is a shadow that hangs over her legacy, Aaliyah was a truly spectacular musician in her own right, and there is an entire generation of listeners who have never heard her sound because it was unavailable on all the major streaming platforms.

About three of the albums she released during her lifetime are certified double platinum, and many of the artists that came after her, not least of all Rihanna were influenced by her innovative style of R&B.Now that Aaliyah’s music has finally been made available for streaming, the response has been overwhelmingly positive and rightly so.